by Nick | May 6, 2013 | Disaster Preparedness, Emergency Knowledge, Emergency Supplies, How to Prep

When an emergency strikes one of the most important survival tools you can have besides your common sense and logic is communication.

Being able to know what’s happening can mean the difference between life and death.

Since a majority of Americans now have cellphones, 321.7 million wireless connections as of June 2012 most people assume cell phones will suffice in an emergency situation.

But cellular signals rely on a network of advanced towers, cables, satellites, super computers and droves of maintenance workers. One big disaster could bring the whole network down- or the region you rely on, and I’m sure you’ve experienced times when you really needed to use your cellphone just to have the screen say “no service”.

You can’t rely solely on a cellphone for emergency communications.

Imagine there’s a huge storm headed your way and you need to get home- there may not be a way to know if the bridge over the river ahead of you is still there. This may sound like an extreme circumstance but according to Transportation For America 1 in 9 highway bridges are in a state of disrepair and are classified as “structurally deficient”.

While a CBS news source reports that overall ¼ of bridges in the U.S. are considered structurally deficient.

Our infrastructure is in bad shape and being able to communicate with other motorist and emergency responders is more important than ever.

Radio towers which transmit important information can be easily taken out with high winds, electrical storms, water damage and debris. Having an emergency radio receiver that gets the NOAA (National Oceanic and Atmospheric Administration) signals can be of great help. Their towers are all over, most people receiving a signal from within a 40 mile radius so that the information is tailored to your local area.

These radios, while a great tool aren’t the only communication device you need in your arsenal. The downfall to a NOAA emergency/weather radio is that it is only a receiver. This means you can listen, but you can’t reach out for help.

A CB radio (Citizens Band) doesn’t rely on pesky towers and connects you directly to anyone else in your range with a CB radio. The range of signal transmission and reception can vary depending on different factors but you can usually count on 2 to 5 miles of range with a CB.

Add better antennas and signal boosters and you could increase your range upwards of 20 miles.

This may seem like a limited range, and it is. But there are millions on CB radios transmitting road conditions and other important data on every stretch of American Road.

According to the feds 110,322,256 semi-trucks were registered in the United States and my best guess is that an extreme majority of them each had a CB radio installed.
This means that there will almost always be someone to communicate an emergency situation to no matter where you are. As long as you have an operational CB radio.

Tip: Be prepared for a loss of power at home. CB radios operate on 12 volt car batteries.

I’ve personally used a CB radio when travelling and the information I’ve received about road conditions, traffic patrolmen and other situations have been very valuable. Especially during bad weather when I’ll need to watch for ice, snow, wind and other dangerous conditions.

In a SHTF scenario a CB radio could be of great importance to find out which roads are closed or opened, and where you can go to get help! There are 40 channels on the CB radio with channels 19 and 17 being the most common used motorist channels to communicate over. Channel nine is reserved for emergency use by the FCC. This is the channel where emergency information is transmitted.

I’ve heard of lives saved in blizzard conditions because motorist could communicate their positions.

But you’re not limited to only using a CB radio in your vehicle. There are many kits where you can install one in your home to communicate with the outside world. Being more local and commonplace than a HAMM radio, and much more affordable it‘s a great way to boost your communication network.

I’ve been working on getting a few of my relatively close neighbors to install a CB radio in their homes or vehicles so that we could communicate that way if need be.

Do you have experience with CB radios? If so jump over to our FB page and share your tips and tricks with us. PrepCabin on Facebook 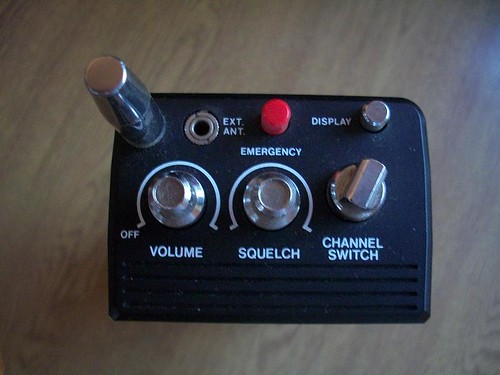